Grand Fishing Rod of Luck - performance for Siatka, a site-specific project comprising of several interventions which took place at a local market place as part of Gdynia Design Week festival. The city market, subjected to disinvestment, hasn't undergone many changes since the 90's. Its future remains unclear both to the largely working-class clientele and traders as well as to some of the middle class representatives striving for its reinvention.

During Grand Fishing Rod performance, visitors could fish out specially selected daily objects such as knifes, lighters, jar-openers etc. all of them coming from the market place itself. The selection was made by a mermaid who analysed questionnaires filled out by the participants. The survey concerned their preferences regarding future of the market place. Answers to this slightly tricky set of questions defined the type of objects with dedication that one would fish out.

Intervention refers to a popular 90's street party game and a Polish saying "To give a fishing rod instead of a fish". 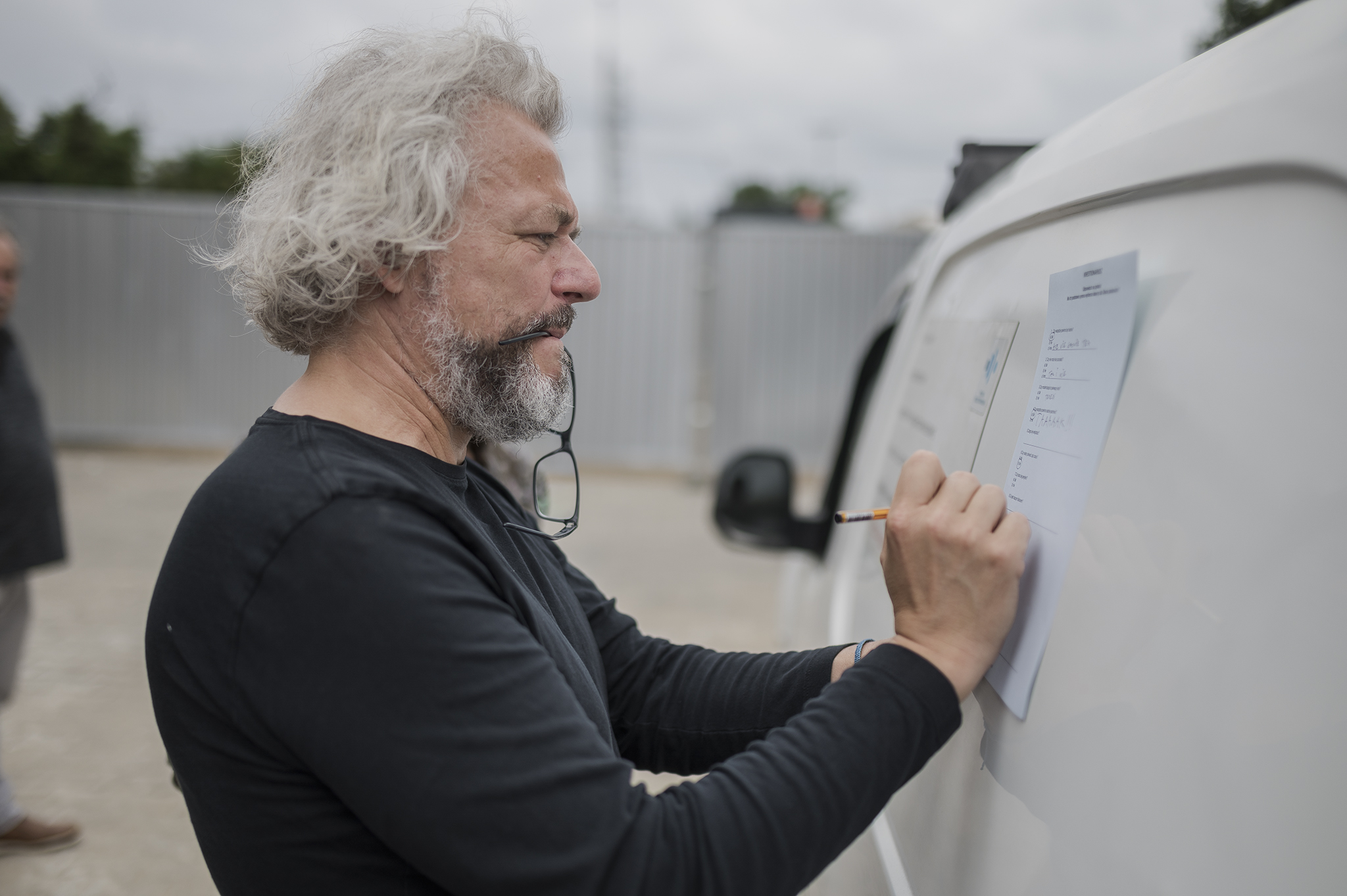 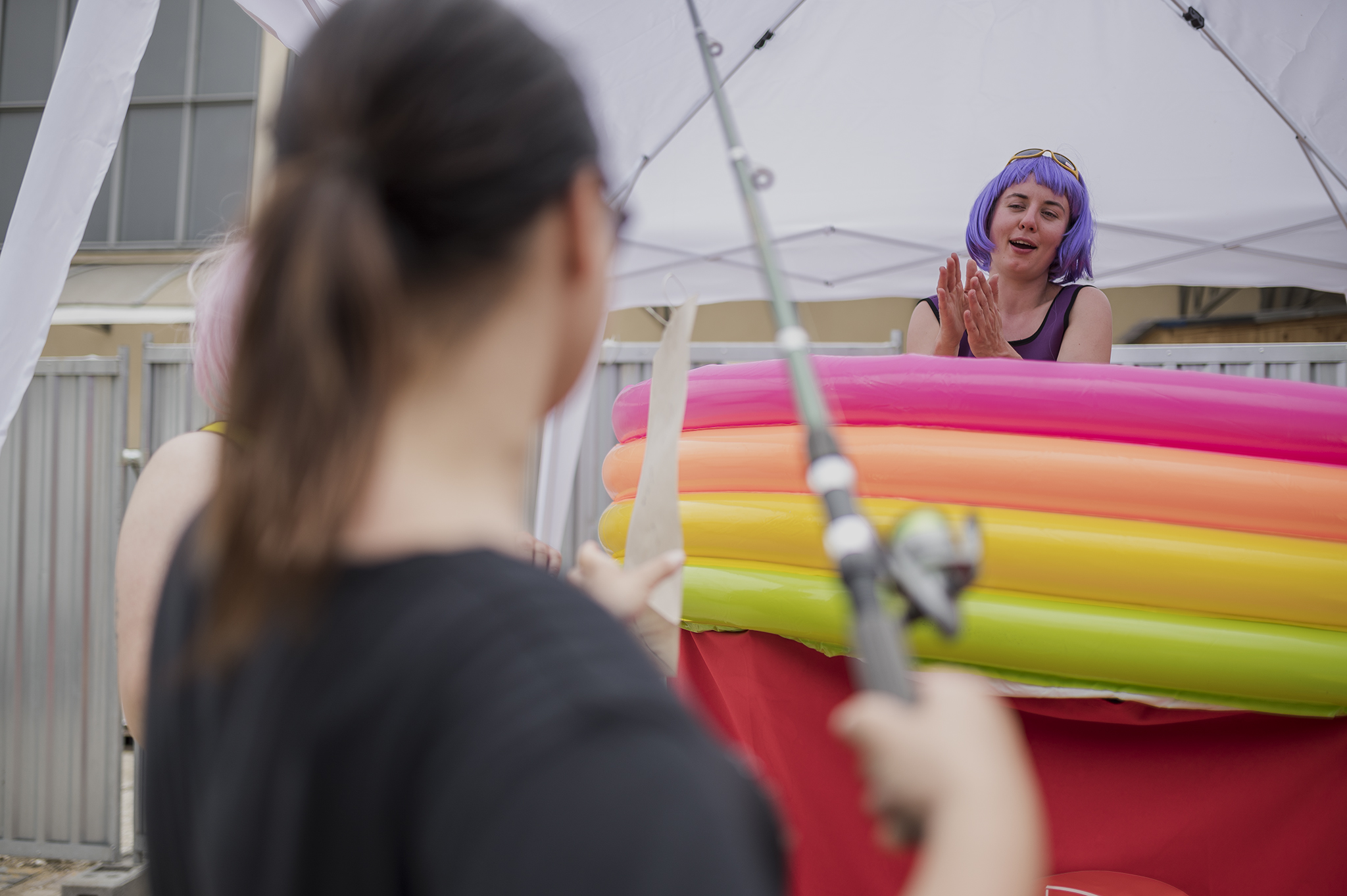 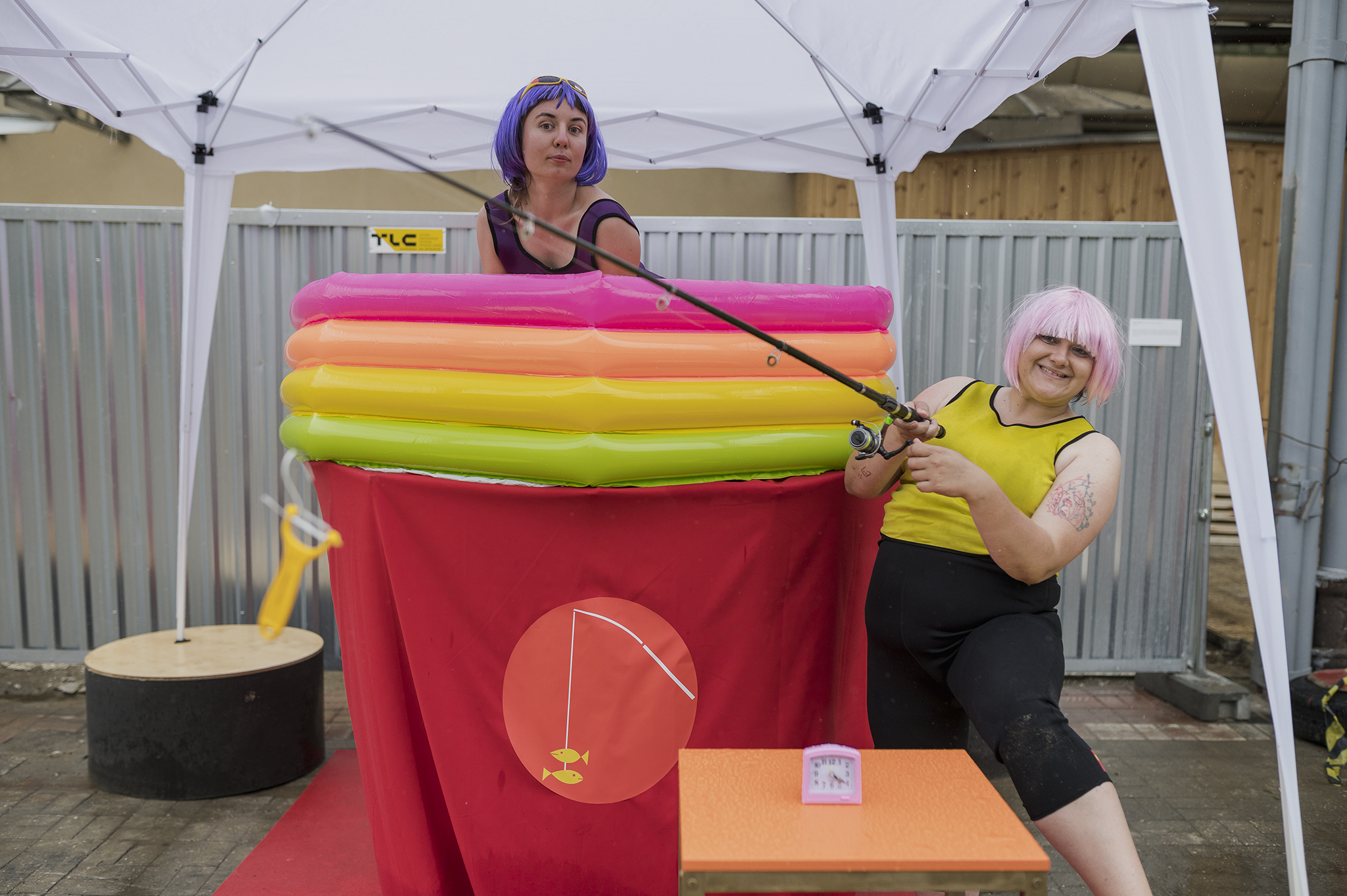 The marmaid and the hostess (Hania Sobolewska) 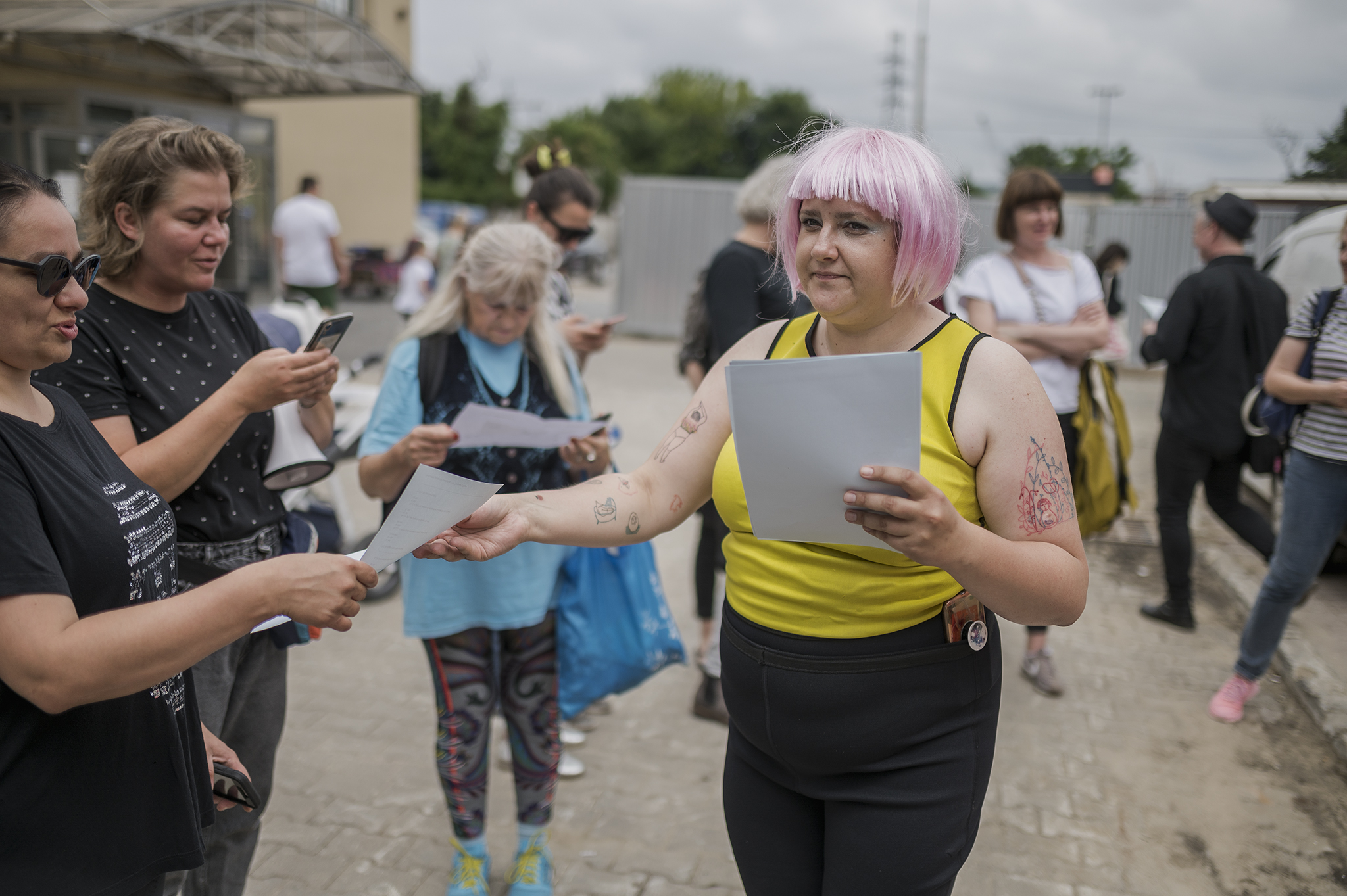 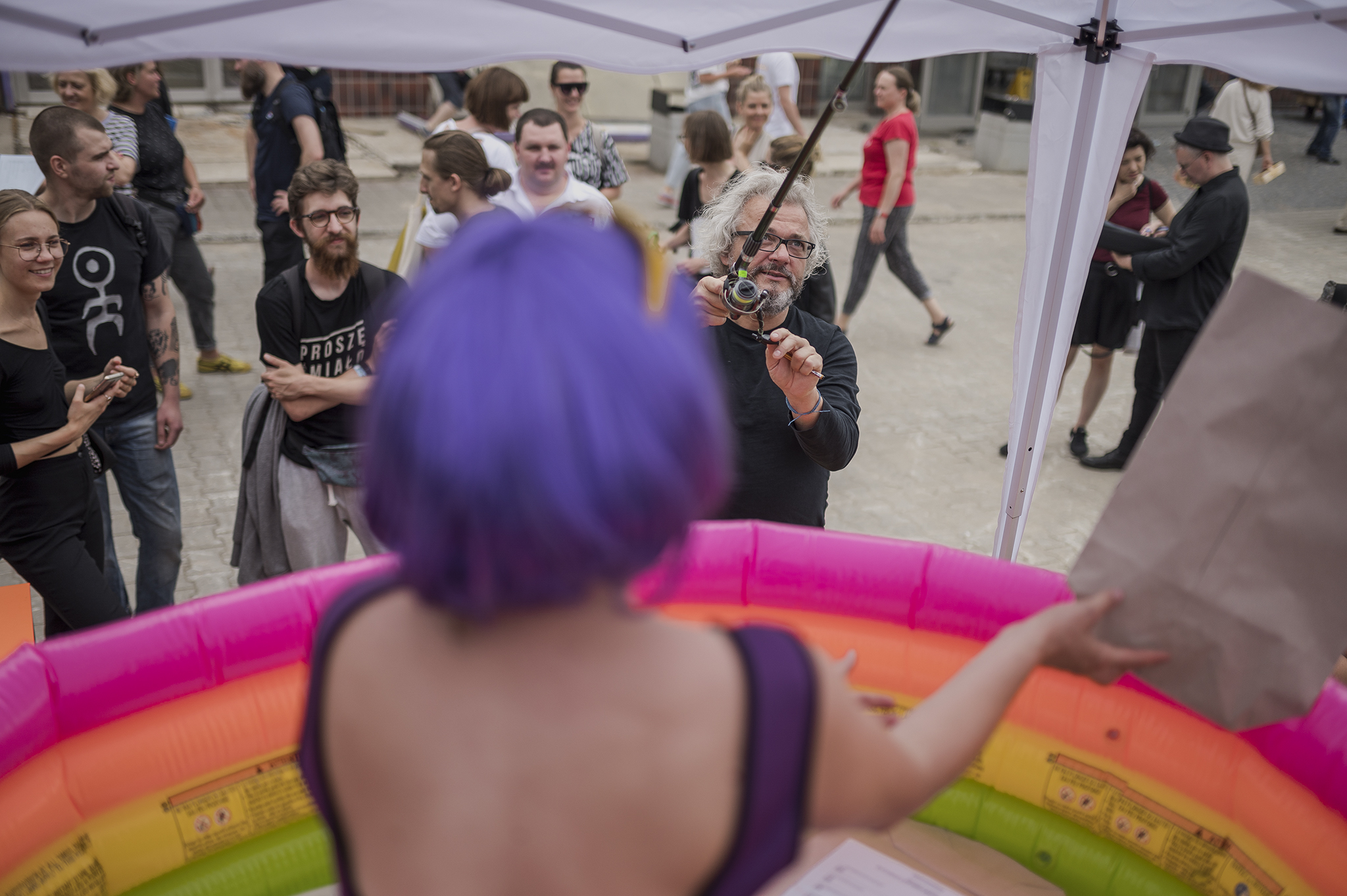 It might be an alarm clock being fished out "Is it worth to file the teeth of time?" 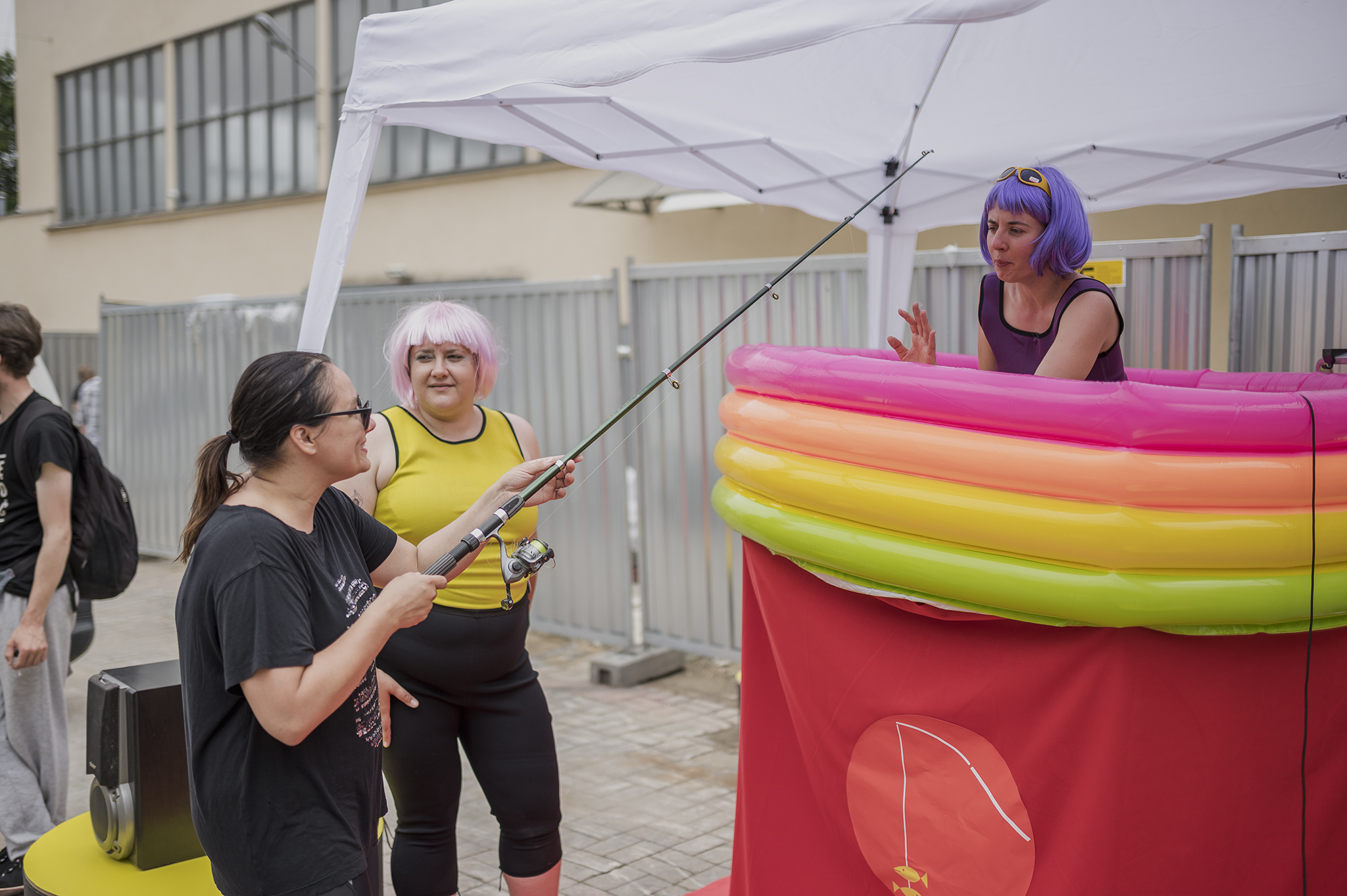 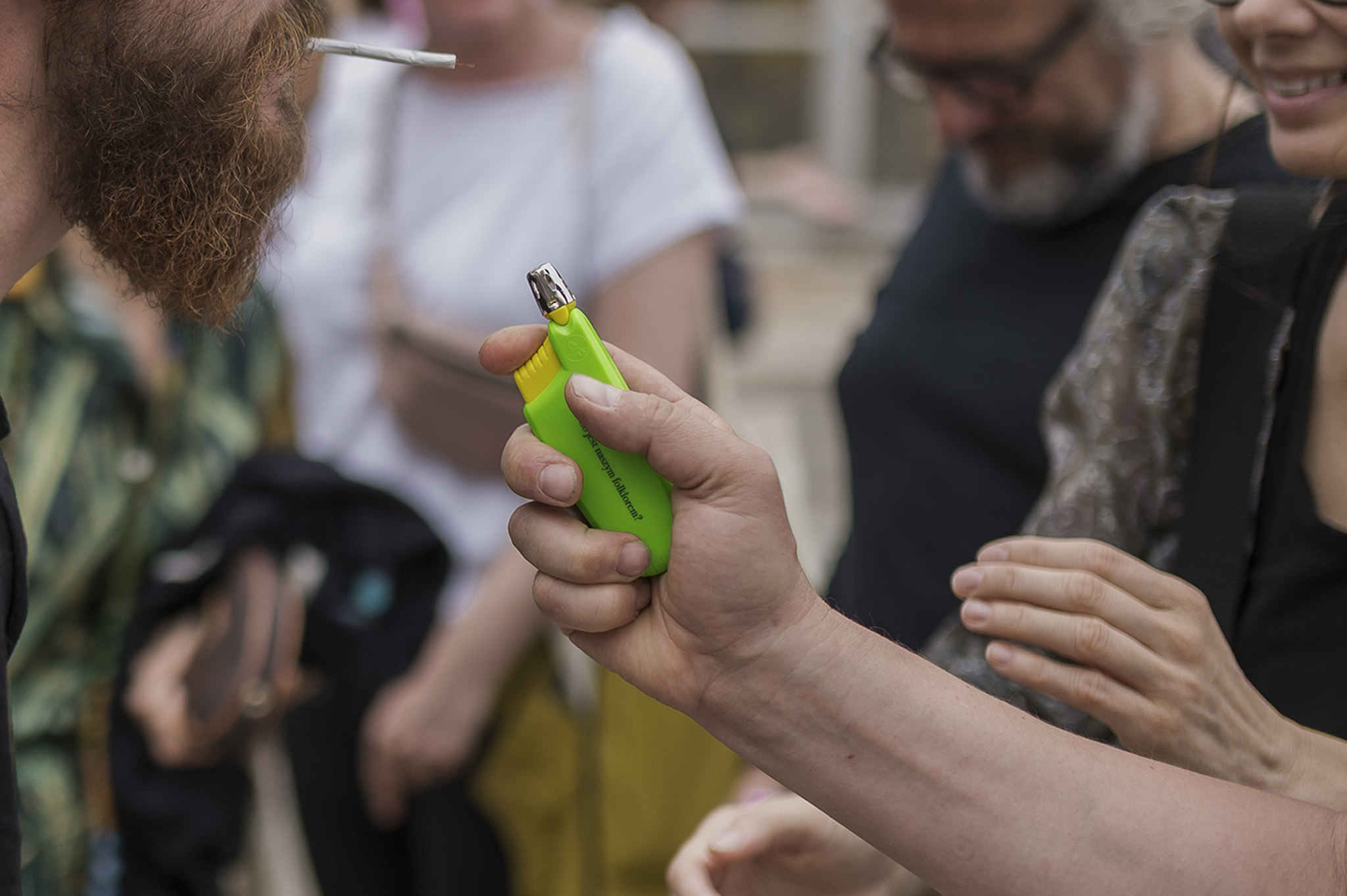 "What is our folklore?" lighter with a dedication